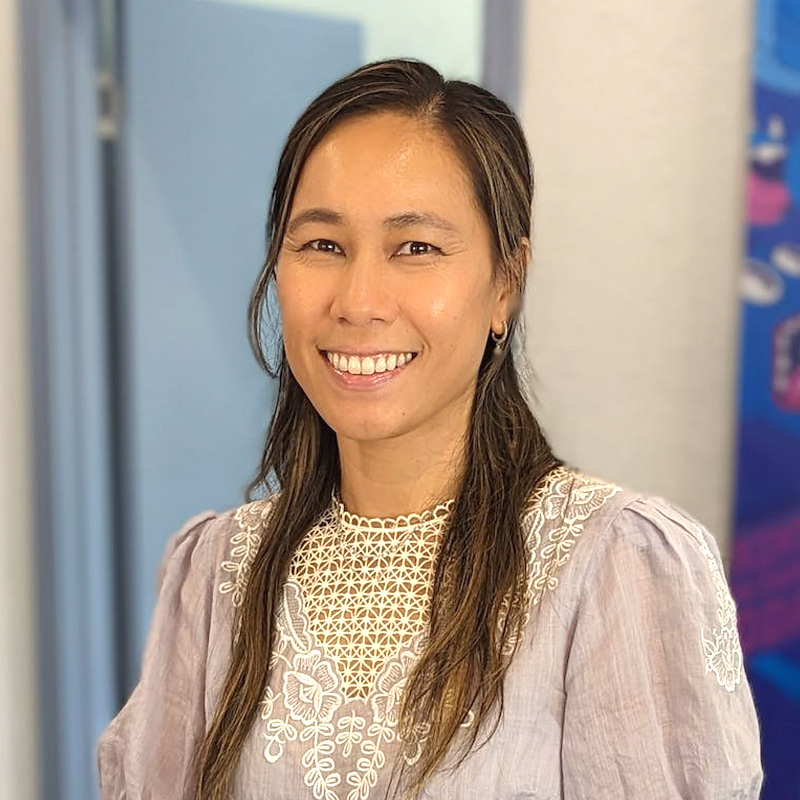 Dr. Jippy Buck was born and raised in Perth. She first studied Mechatronic Engineering at UWA finishing with honours. She then completed her Bachelor of Dental Surgery at the University of Adelaide and concurrently completed her Bachelor of Science in Dentistry research degree finishing with 1st class honours. Her thesis was on the development of a simplified aesthetic orthodontic bracket. Jippy returned to work as a general dentist in private practice in Bunbury before moving to Sydney. She completed her primary examinations for the Royal Australasian College of Dental Surgeons with commendations.

Jippy obtained her orthodontic training at the University of Sydney where her research thesis examined the orthopaedic correction of Class III malocclusions using anchorage plates, which was presented at the 4th World Implant Orthodontics Conference in Sydney and granted the Young Chel Park award for best research study and presentation. She was also selected to present at the 89th Congress of the European Orthodontic Society in Iceland 2013. In addition to dentofacial orthopaedics, Jippy has interests in aesthetic orthodontic treatment in both adults and children and advancing orthodontic design, where she has had the opportunity to develop a new design of aesthetic orthodontic bracket.

Jippy was awarded the Sam Bulkley ABO travelling fellowship to the University of Connecticut to conduct research in the stability of open bite treatment which she presented at the 2015 Australian Society of Orthodontists Foundation for Research and Education meeting. She is a member of the Australian Society of Orthodontists, Australasian Orthodontic Board, Member of the Royal Australasian College of Dental Surgeons (Orthodontics) and Australian Dental Association.

Jippy has practiced specialist Orthodontics in private practice in Sydney and Dubbo before moving home to Perth and now practices solely in Midland. Outside of work Jippy enjoys tennis, cooking, spending time with friends, family and most of all her children. Jippy looks forward to helping you or your family members achieve a beautiful smile. 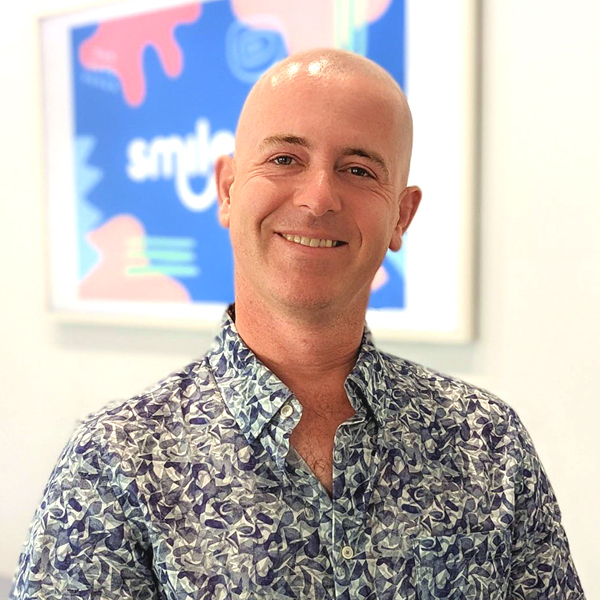 Dr Lloyd Buck was born and raised in Perth. He attended Christ Church Grammar School prior to studying Science and Engineering at the University of Western Australia. He then completed his Bachelor of Dental Surgery at the University of Adelaide, graduating on the Dean's list, and also his Bachelor of Science in Dentistry with First Class Honours looking at the prosthetic replacement of the temporomandibular joint. During his dental studies he received the J.L. Eustace Scholarship and the Dental Board of South Australia Research Scholarship. He was involved in representing the student body and was elected president of the Adelaide dental student society (AUDSS). After graduation Dr Buck worked as a general dentist at the Adelaide dental hospital and also in private practice in Adelaide, Bunbury and Sydney to ensure he had a well-rounded foundation in general dentistry prior to undertaking his specialist training in Orthodontics. He completed his Doctorate in Clinical Dentistry in Orthodontics at the University of Sydney, where he was awarded the John Reading prize for the best tabled case. His research has been published in respected international journals including a systematic review and meta-analysis of upper airway changes after maxillary expansion in the European Journal of Orthodontics, and work on surgically-assisted maxillary expansion in the Journal of Oral and Maxillofacial Surgery.

He enjoys the full scope of Orthodontic care, ranging from the interceptive care of young patients to correct developing orthodontic problems all the way to complex interdisciplinary adult treatment. He is an involved member of the Australian Society of Orthodontists and the Australian Dental Association, regularly attending national and international meetings to maintain his knowledge in the latest research and technology in Orthodontics. Dr Buck has been admitted to the Royal Australasian College of Dental Surgeons.

His wife, Dr Jippy Buck, is also a Specialist Orthodontist. They have two young sons, with another child on the way. Dr Buck believes in providing honest advice and in delivering an exceptionally high standard of treatment to his patients. For this reason, he would not recommend anything that he would not advise to his own family.

In his limited spare time, he really enjoys working with his hands in activities like woodworking as well as spending time with family and friends. 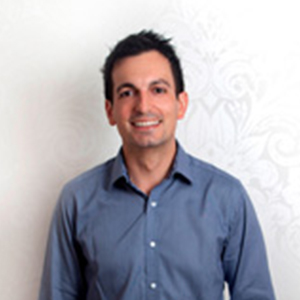 Dr Frank Furfaro received his Bachelor of Science followed with his Bachelor of Dental Surgery with Honours, from the University of Western Australia. He was awarded numerous prizes including the Royal Australasian College of Dental Surgeons Prize and the Wynn Needham Memorial Prize for the highest achieving student over the five years of the dentistry degree, the Kenneth J G Sutherland Prize in Clinical Dentistry and the Australian Society of Orthodontists Prize in Orthodontics.

Dr Furfaro is dedicated to providing his patients with exceptional orthodontic care and is committed to continuing education to ensure he is at the forefront of orthodontic knowledge, participating in meetings and conferences nationally and internationally regularly. 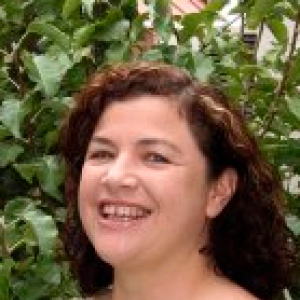 Dr Hall studied for her Bachelor of Dental Surgery (B.Ch.D.) in Leeds, UK 1983 -1987. After working in Oral Surgery for two years she studied at the Eastman Dental Hospital in London and gained her Fellowship in Dental Surgery of the Royal College of Surgeons, Edinburgh in 1990, her Master of Science in Orthodontics from the University of London in 1992, and her Membership in Orthodontics of the Royal College of Surgeons of England in 1993.

Dr Hall and Dr Owen set up Mount Lawley Orthodontics in 2000, and Dr Hall became practice principal in 2010. She also works as an associate in Midland. 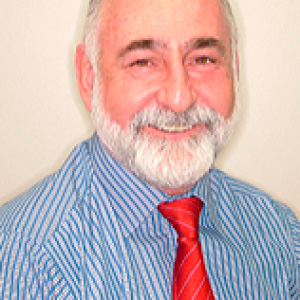 Dr John R Owen graduated from the University of Western Australia in 1977 and entered private general practice in Midland at his fathers practice, Raymond Owen and Peter Gregory and Associates in Spring Park Road. This general practice was established in 1951 by his father and grandfather (jeweller turned dental technician), and always had an excellent reputation. After spending 1980 in London, studying at the Royal College of Dental Surgeons and establishing a general dental practice in Finsbury Park, he returned to Perth to undertake his specialist training and Masters degree in Orthodontics from 1981-1984. Over the next 30 years, John established two specialist orthodontic practices in the Perth suburbs of Midland and Mount Lawley. He remains the principal orthodontist and owner of Midland Orthodontists and is ably supported by four associate orthodontists and our very experienced and long serving support team.

John has been recognized at many levels including being appointed a Member of the Order of Australia (AM) in the 2010 Queens Birthday Honours list. His citation was, "for service to the specialty of orthodontics, and through a range of leadership roles within the dental profession". John was a finalist in the 2011 Western Australian Citizen of the Year Awards, Community Service category which "honours extraordinary service and dedication to the Western Australian community at a state wide level".

In 2014, John was recognized as a Paul Harris Fellow by The Rotary Foundation of Rotary International," in appreciation of tangible and significant assistance given for the furtherance of better understanding and friendly relations among the peoples of the world".

Dr Owen is extremely proud of his appointment as the Inaugural Patron of Kalamunda Senior High School where John was a student in 1967-1969.

Clinically, John has a special interest in younger patients with facial growth and development problems especially in those with disabilities and indigenous health issues.

In early 2009, John and his wife Jan, founded the Kimberley Dental Team which became an ATO approved not for profit organization in 2011. With the assistance of hundreds of volunteer dental personnel and the support of so many sponsors and supporters, the team has been able to visit the remote Kimberley region of WA over twenty five times to provide much needed urgent general dental care. Over $1.5 million dollars of free dental care has been provided by the Team.

John is an adventurer at heart. In his spare time he has trekked and climbed on many of the large mountains of the world, in India, Pakistan, Nepal, France, Tanzania and Tibet and has flown a helicopter to all corners of Australia and New Zealand with his wife Jan. The helicopter is an invaluable aid to get dental teams into the remote communities and maximize the team's productive time. 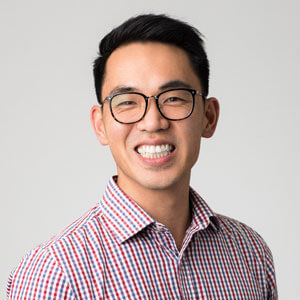 Dr Gordon Cheung grew up on the North Shore, New Zealand where he did all his primary and secondary schooling. Upon completing his secondary studies, he decided to not only embark on a career in dentistry, but have an adventure and move to Perth, Australia. Dr Cheung completed his Bachelor of Dental Science and Bachelor of Science in Dentistry (Hons) at the University of Western Australia.

Gordon is well published, with articles in both the Australian Orthodontic Journal and European Journal of Orthodontics. Although COVID has recently impacted on his ability to travel, Gordon enjoys attending conferences and courses both locally and abroad to keep up to date with the latest advances in orthodontics. He is particularly focused on using Invisalign to treat both his adult and adolescent patients.

At home, Gordon is married to his lovely wife Tiffany and they have two beautiful daughters Chloe and Emilie, as well as their much loved Corgi Mochi. In his spare time, Gordon enjoys cycling and baking.