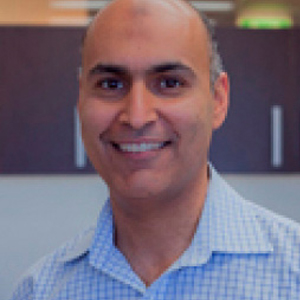 Dr Omar grew up in Sydney before his parents moved to Egypt for about 10 years. On his return he completed high school in the Hills area before going onto complete his Bachelor of dental surgery with second class honours at the University of Sydney. He then worked as a private general dentist in the picturesque Glenbrook (Lower Blue Mountains) and at Lansvale for a period of six years.

He enjoyed traveling and site seeing with his wife, before embarking on the Masters of Dental Science (Orthodontics) at the University of Sydney, graduating in 2005.

Despite the busy practice and family life, Dr Omar enjoys playing soccer and an occasional game of tennis. He particularly enjoys the involvement with his children’s sports team activities, whether it is soccer, tennis , cycling or karate.

Traveling to some remote destinations is an ambition of his, which he is still working on with his wife. He is a fellow of Royal Australasian College of Dental Surgeons (FRACDS), member of the Australian Society of Orthodontists (ASO) and the Australian Dental Association (ADA) and holds a Membership of Orthodontics of the Royal College of Surgeons Edinburgh (M Orth RCS Edin).