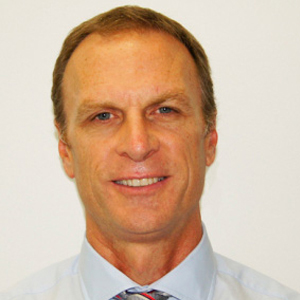 Dr Lenz has spent the majority of his life in different parts of Australia. He graduated as a dentist from the University of Queensland in December 1990. He then joined the Royal Australian Air Force and worked as a Dental Officer for 6 years in general practice dentistry. During this time he resided in Townsville, Canberra, Adelaide and Sydney.

In 1996, Dr Lenz was awarded Fellow of the Royal Australasian College of Dental Surgeons: a qualification awarded to a small percentage of Australian dentists. In 1997, Dr Lenz was accepted to the orthodontic program at the University of Melbourne. His training was completed in 1999 and was awarded a Master of Dental Science.

Dr Lenz has since worked as an orthodontist for short periods of time in Rockhampton, Queensland; Wellington, New Zealand; Cambridge, U.K.; and Toronto, Canada. In Toronto he worked at the Hospital for Sick Children, aiding in the treatment of complex patients including those with Cleft Lip and Palate and other craniofacial anomalies.

Dr Lenz works part-time at the Royal Children’s Hospital, Brisbane, continuing his work within this specialised area. Dr Lenz has remained associated with the University of Queensland School of Dentistry, teaching at both the undergraduate and post-graduate level

Dr Ong is a qualified orthodontist in Brisbane CBD, Annerley and Stafford.

Dr Ong has spent the majority of her life on the Sunshine Coast and in Brisbane. She attended Matthew Flinders Anglican College in Buderim before studying Dentistry at the University of Queensland where she graduated with Honours in 2002. Following graduation, she worked in both public and private dental practices in Brisbane, Melbourne and on the Gold Coast. During her time as a general dentist.

She successfully completed the Primary Examinations with commendations in four disciplines and was awarded Member of The Royal Australasian College of Dental Surgeons (MRACDS).

Dr Ong completed her orthodontic training at the University of Queensland and graduated with a Doctor of Clinical Dentistry in Orthodontics.

She currently teaches the undergraduate dental students at the University of Queensland. She is also involved in presenting continuing professional development courses for dental therapists and hygienists.