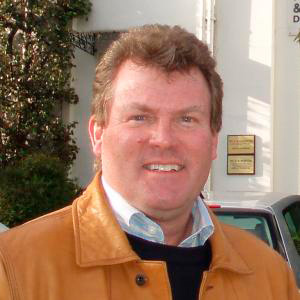 Professor Michael Woods has practised specialist orthodontics for children and adults in Malvern/Armadale for 25 years continuously. He spent his school years locally at Scotch College, before moving on to the University of Melbourne and Ormond College. He is married to Dr Nevenka Tadic, also an orthodontist. He has three daughters - Brett, Shannon and Annabelle. Brett and Shannon went to Korowa Anglican Girls' School in Glen Iris.

Michael received his formal orthodontic education in Australia and the United States. He has Bachelor, Masters and Doctorate degrees from the University of Melbourne. He also has a Diploma in Orthodontics from The Royal College of Surgeons of England, a Certificate of Specialty from the University of Oklahoma and is a Diplomate of the American Board of Orthodontics. He has been elected to full membership in the prestigious Edward H Angle Society and to Fellowship in the International College of Dentists. He has received the Australian Society of Orthodontists' Distinguished Service Award (2008) and the ASo's PR Begg Research Award (2014).

Michael has combined an academic career with specialist private practice. He was the inaugural Professor and Chair in Orthodontics at the University of Melbourne and, for 15 years, directed the orthodontic graduate program and all orthodontic research. For 25 years, he has also been the Consultant Orthodontist to the Oral and Maxillofacial Surgery unit at the Royal Melbourne Hospital. He is involved in a wide range of academic, research and clinical pursuits. He has examined widely in Australia and abroad. He has presented more than 100 invited lectures world-wide and has made more than a 100 contributions to the clinical and scientific peer-reviewed literature. He has especially introduced new concepts in late mixed-dentition treatment, orthognathic surgery and the clinical implications of different underlying vertical facial patterns.