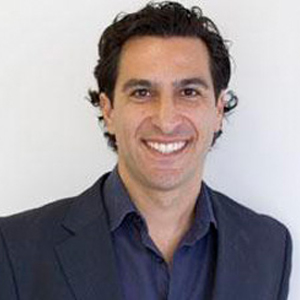 Dr Pitsis' natural aptitude to orthodontics is highlighted by the incredible success he achieved while studying at the prestigious University of Sydney as well as his constant motivation to addressing patients concerns and achieving a beautiful smile for them.

Dr Pitsis graduated in 1994 with a Bachelor of Dental Surgery Degree with Honours as well as an incredible 10 University Awards which included 2 University Medals and being honoured by the American Academy of Operative Dentistry for excellence over the entire 5 year degree*.

*This award is reserved for one graduate from all the Universities in Australia. Dr Pitsis came first in every year for Operative Dentistry.

He also graduated with a research Scholarship in orthodontics.

Upon graduation, Dr Pitsis was invited to teach and lecture at the University. A role he has undertaken with pride for over 20 years.

Dr Pitsis graduated from his three year Master of Dental Science degree to specialise in orthodontics in 2001.

This degree was also undertaken at the University of Sydney and a Distinction average again saw him graduate first in his year.

He secured further honours when he was awarded for having the ‘Best treated patient case’ by the Australian Society of Orthodontists.

Since then Dr Pitsis has become an esteemed member of numerous professional organisations including:

Dr Pitsis is held in such high regard among his peers that he has been an interviewer for candidates applying for entry to the Bachelor of Dental Surgery Degree at the University of Sydney from 1995 to 1997 and 2001.

He still currently assesses cases for the Australian Orthodontic Board.

Dr Pitsis ensures that he remains at the cutting edge of orthodontic education by attending domestic and international conferences each year.

He has been chosen and currently is the only orthodontist in the team of dental specialists at the University of Sydney who teach and help the students diagnose and treat their most complex cases on an honorary (pro bono) basis.

Dr Pitsis not only enjoys teaching, he believes he has an obligation to give back to the profession he loves and that he feels has given him so much.

Dr Pitsis has also donated his time and expertise to numerous ‘not-for-profit’ programs including the “Give A Smile” program, an initiative of the Australian Society of orthodontists that provides free orthodontic care for disadvantaged patients.